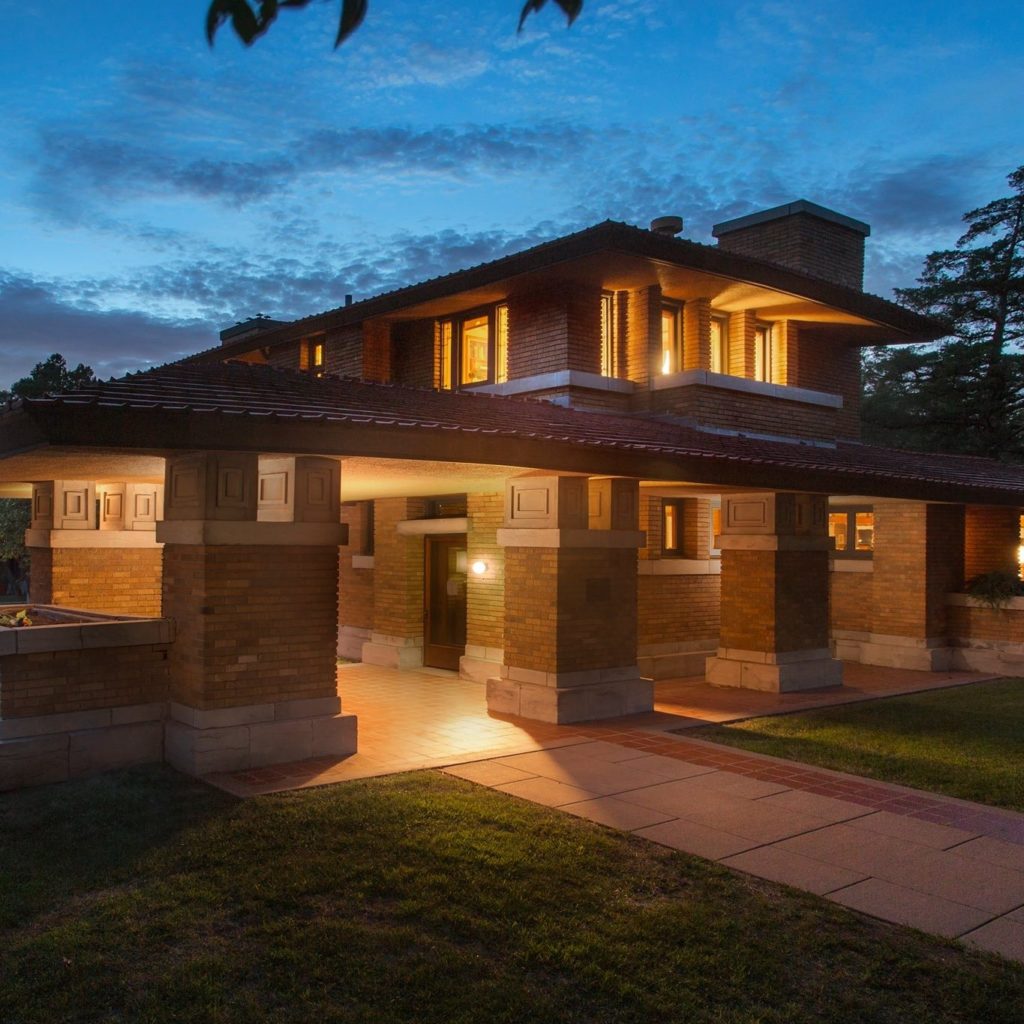 Guided tours through the period interiors of a 1918 Prairie-style home by Frank Lloyd Wright.

Completed in 1918, Frank Lloyd Wright’s Allen House is named for its first owners, newspaper publisher Henry Allen and his wife, Elsie. It was the last of the architect’s famous prairie houses, which emphasize horizontal lines, earth tones, and a continuous blending of interiors with exteriors.

Architectural writers who have visited the house believe its living room is “one of the great rooms of the 20th century.” The home features more than 30 pieces of Wright-designed furniture, all its original art glass, and several new-for-its-time innovations, such as wall-hung water closets and an attached garage.